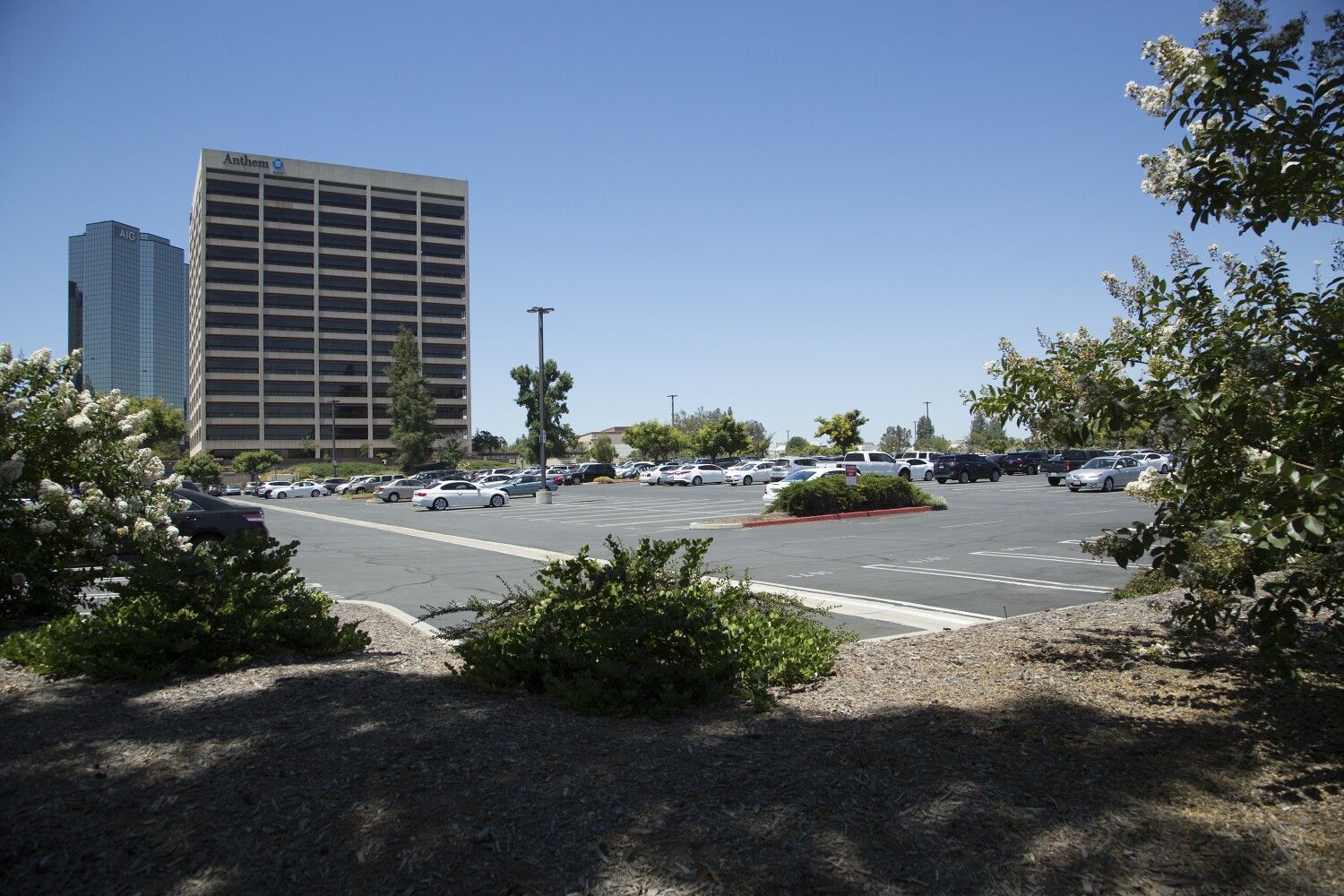 Rams owner Stan Kroenke has acquired a high-rise office building in Woodland Hills near a former shopping center he bought a few months ago, strongly signaling that the billionaire businessman wants to build a second sports-centric development like that around SoFi Stadium.

Kroenke’s two sites in the Warner Center neighborhood are expected to become part of a sprawling mixed-use complex that may include stores, restaurants, hotels and residences, along with a training facility for the Super Bowl-winning football team.

Kroenke bought the office building on Oxnard Street on Friday, the Kroenke Group confirmed. The company did not disclose how much Kroenke paid for the building and surrounding land.

But real estate sources close to the deal who spoke on condition of anonymity said he paid about $175 million for the property, last occupied by health insurer Anthem Inc. In all, Kroenke has sunk about $325 million into the neighboring properties.

The neighborhood Specific Plan adopted in 2013 promotes the construction of housing, shops and restaurants — amounting to a welcome mat for builders. And large-scale mixed-use developments are already in the works.

Although the Kroenke Group has yet to publicly acknowledge any development plans in Woodland Hills, the company is widely expected to build a scaled-down version of its SoFi sports campus in Inglewood, with team headquarters, practice facility and fields, along with commercial development unrelated to football.

When Kroenke’s vision for the SoFi Stadium complex is complete, the football arena will be surrounded by a complex 3 1/2 times the size of Disneyland containing a performance venue, hotel, stores, restaurants, offices, homes and a lake with waterfalls.

In Warner Center, Kroenke bought the former Woodland Hills Promenade shopping center for $150 million in March. The city supports development of apartments, offices, hotel and a sports and entertainment center on the site. It lies across busy Owensmouth Avenue from the former Anthem property Kroenke just bought.

The latest purchase brings Kroenke’s holdings in Woodland Hills to about 65 acres, making the combined parcels one of the biggest development sites in the area, said John M. Walker, president of the Woodland Hills Homeowners Organization. “It’s huge.”

Walker expects Kroenke’s company to come up with a new land-use design that will encompass the entire site. His homeowners group supports improvements in Warner Center but will press for any proposed development plan to address ways to control noise and traffic, such as an expanded freeway offramp and street widening.

“It’s incredibly exciting that the Kroenke Group has acquired the old Anthem sites, expanding their future footprint in Warner Center,” L.A. City Councilman Bob Blumenfield said. “While many details need to be figured out, I am thrilled that the Rams want to build their new home in the West San Fernando Valley, and I look forward to working closely with them on this project.”

Planned additions to the neighborhood include a proposed $1-billion complex on Warner Center Lane with offices, stores, restaurants, residences and a hotel that would replace a 1980s-era office park. It would have parks and pedestrian-oriented open space.