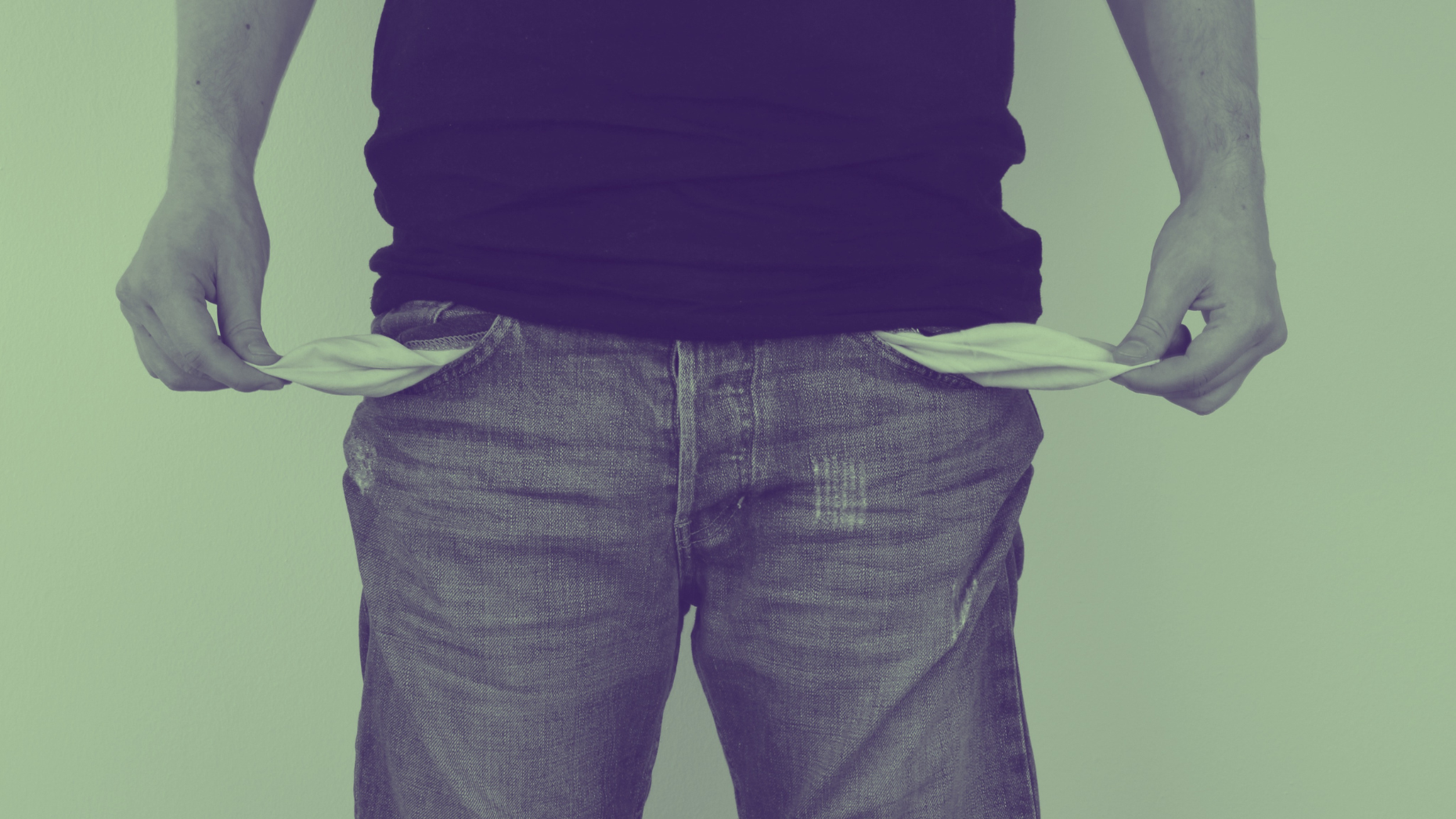 In a shifting real estate market, the guidance and expertise that Inman imparts are never more valuable. Whether at our events, or with our daily news coverage and how-to journalism, we’re here to help you build your business, adopt the right tools — and make money. Join us in person in Las Vegas at Connect, and utilize your Select subscription for all the information you need to make the right decisions. When the waters get choppy, trust Inman to help you navigate.

Since 1980, there have been four major real estate crashes, each with a different cause. What’s extremely concerning is that all four sets of circumstances that triggered those real estate market crashes eerily parallel exactly what is happening right now.

For the past year, my gut has been screaming major downturn ahead. Until a few weeks ago, the numbers didn’t seem to support that conclusion. Recent events, however, have changed my mind.

Here’s a brief overview of the factors that led to the four previous real estate downturns that are now present in today’s market.

When I was first licensed in 1978, interest rates were 9.75 percent for an ARM and 9.875 percent for a 30-year fixed-rate mortgage. The market was great — I sold two houses my first month in the business and eight the following month. What I didn’t know was a market crash was looming on the horizon. According to Investopedia, the following events led up to that crash.

The market remained strong as home mortgage rates climbed from 10 percent through the 12 percent range. When they increased to 13 percent (3 points higher than when the market was strong in 1978 and 1979), transactions plummeted.

By the end of 1980, we were heading into a strong buyer’s market with sky-high interest rates, plunging prices, foreclosures and REOs. In fact, I remember our office manager telling us at one meeting, “Home Savings and Loan has a great fixed-rate loan at 16.75 percent.”

The parallels today are notable. Just as in the early 1980s, we are facing a gasoline shortage, the Fed waited too long to address inflation, and mortgage rate increases have exceeded the same 3 percent threshold that preceded the market downturn. Moreover, the swing in interest rates from 3.27 percent in January 2022 to 6.28 percent today, parallels the 3 percent rise from the early 1980s that heralded the start of that downturn.

An important point to note is that in each of the four previous downturns, prices continued to increase for at least six to 12 months before price declines began to appear in the comparable sales.

What’s of particular concern is that Redfin just reported that the share of homes with price reductions just reached a new high as mortgage rates topped 2008 levels.

In an article describing the five worst housing crashes of all time, Nick Gerli cited the following similarities between today’s market and what happened in Anchorage, Houston, Los Angeles, Austin and Hartford (Connecticut) prior to their markets crashing in the 1990s:

[There was] big economic expansion during the bubble. Increases in jobs, GDP and wages are typical during the run-up in prices that precedes the housing crash.

[There was] an economic trigger. In Hartford, it was the decline in insurance and manufacturing. In Los Angeles it was defense. In Austin, Houston, and Anchorage it was oil.

Economic concentration appears to be a fourth commonality. Many of these markets were heavily dependent upon one industry to propel growth and sustain prices … Most major metros in California as well as tech hubs across Austin, Salt Lake City, and Denver have heavy exposure to a single industry while sporting sky-high prices.

At the height of the downturn in the early 1990s, I was selling in Brentwood, Bel Air and Beverly Hills. We saw a 35 percent price decline in the luxury market in just six months. Even the best markets can turn on a dime.

From 2000 to 2002, the dot-com bubble burst destroying $6.2 trillion in household wealth.  Coupled with the deregulation in the financial industry, these were the primary factors leading to the Great Recession:

The financial crisis was primarily caused by deregulation in the financial industry. That permitted banks to engage in hedge fund trading with derivatives. Banks then demanded more mortgages to support the profitable sale of these derivatives. They created interest-only loans that became affordable to subprime borrowers.

In 2004, the Federal Reserve raised the fed funds rate just as the interest rates on these new mortgages reset. Housing prices started falling in 2007 as supply outpaced demand. That trapped homeowners who couldn’t afford the payments and couldn’t sell their house. When the values of the derivatives crumbled, banks stopped lending to each other. That created the financial crisis that led to the Great Recession.

Gerli pointed out several additional issues that are currently happening in Florida that were additional predecessors to the Great Recession: rampant appreciation, inventory shortages and lots of inward migration around the year 2000 leading up to a 50 percent crash in prices from 2007-2012.

Furthermore, after the recent plunges in the stock market, Yahoo Finance likened the current situation to the “dark days of 2008.”

All but five stocks in the S&P 500 tumbled. Cryptocurrencies plummeted so violently that a popular lending platform froze withdrawals to prevent a very modern kind of bank run. Over in old-school currencies, the U.S. Dollar Index roared to the highest level in almost two decades as investors sought safety.

Experts are already pointing to turbulent times ahead

A recent article in Fortune titled, “This Might Be a Housing Bubble,” argued:

Back in March, economists at the Federal Reserve Bank of Dallas put the real estate industry on high alert when they published a paper titled “Real-time market monitoring finds signs of brewing U.S. housing bubble.” It’s one thing for Redditors on the r/REBubble board to pontificate about housing bubble theories. But when a Federal Reserve bank engages in bubble talk, that’s alarming.

Fortune goes on to say,

In the first quarter of 2022, the house-price-to-income ratio rose to 95.97, the highest reading since the fourth quarter of 2004. It’s still a way off from the 102.64 peak of the housing bubble in 2006, but historically speaking, we’ve moved into a period where home prices are nearing the limits of what incomes can afford. The last time this happened, home prices eventually snapped back.

Fannie Mae’s Economic and Strategic Research Group painted a more dire picture in their May forecast that envisioned an 11.1 percent drop in inflation during 2022.

What’s changed are expectations about how far, and how fast, the Fed will have to raise short-term interest rates to combat inflation. On Wednesday, Fed policymakers approved the biggest interest rate hike in 28 years, following Friday’s release of a Labor Department report that showed inflation hitting 8.6 percent in May — the highest reading in more than 40 years.

Couple these events with the market for office space being hard hit, the demand for rental housing starting to thin, the 75-point increase in interest rates, plus inflation and prices continuing to soar, this led John Waldron, president of Goldman Sachs Group Inc., to conclude:

The confluence of the number of economic shocks to the system is unprecedented.

Taken as a whole, these parallels with previous downturns are not only alarming but may very well be harbingers of a buyer’s market in 2023 and 2024.

In case you’re thinking this doesn’t apply to your market, remember this:

Is the industry prepared?

Brian Boero, CEO of 1000 Watt, shared the following broker feedback about what they believe is coming in their Dose Newsletter.

We spoke with several brokers last week who lamented how ill-prepared or “out of shape” their agents have become in the high-as-a-kite market of the past couple years. Listing agents who’ve become cocky and lazy; newer buyer agents with no experience actually negotiating. The coming months are going to be like a super-intense Zumba workout — sweaty, painful and kinda hard to watch.

Turbulent times are ahead. The best agents and brokers will start preparing for a market downturn and what may very well be our next buyer’s market.

Bernice Ross, president and CEO of BrokerageUP and RealEstateCoach.com, is a national speaker, author and trainer with more than 1,000 published articles. Learn about her broker/manager training programs designed for women, by women, at BrokerageUp.com and her new agent sales training at RealEstateCoach.com/newagent.